Hi, I’m Jon Reid, one of the maintainers of ApprovalTests.Swift. Today, we’re going to talk about legacy code. A lot of people want to add tests to their code, but the code already exists. And if the code is complex, adding tests seems even harder.

A feature of ApprovalTests called “combination approvals” can help you bring legacy code under test. But before we get there, let’s review a concept from Michael Feathers’ book Working Effectively with Legacy Code.

This concept is called “characterization tests” and comes from the chapter, “I Need to Make a Change, but I Don’t Know What Tests to Write.” The thing about legacy code is that it’s already in use. Its current behavior is important, and we don’t want to change it unknowingly. So Feathers writes, “A characterization test is a test that characterizes the actual behavior of a piece of code.” Not “it should do this,” but “it currently does this.”

Think of a section of code as a somewhat opaque box. It’s not really a black box because we can look inside, but what we see may be messy or complicated, so we don’t know what it does. But of course, one input usually doesn’t do the trick. You want to use lots of inputs to cover various paths through the code. Once you’re throwing enough data at this code, you can feel safe about modifying that code, because the characterization tests will tell you if you inadvertently broke something. 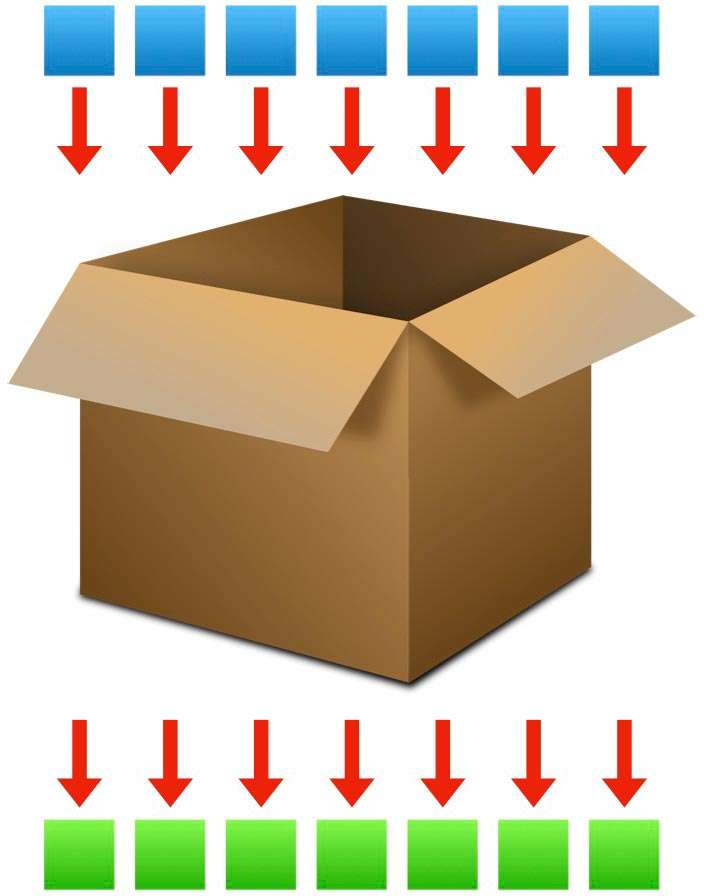 Let’s see what this can look like in practice. Here we have a piece of code called MovieNight, which has a static function called movieRecommendations. It’s big, it’s ugly, it has lots of statements and nesting, and I don’t really know what it does. But we can call it from a test.

So let’s start off writing a simple approval test, try Approvals.verify, and just verify the output of calling MovieNight.movieRecommendations. It takes lots of parameters, so let’s make each of these as separate variables. So last name is Reid. Age is 3! Time available, 2.5 hours. And married… at 3 years old? Wow, no. Gender is male. And traditional title, nah, false. All right? So I’ll go ahead and plug these in, and fast-forward because it’s straightforward.

Okay. So now we have some input, and we can run this as a regular Approval Test. We can see that it gives us some output.

And it’s easy to ask the question, “Is this output correct?” Fortunately, we don’t even need to answer this question. This is legacy code that is in production: it is what it is. Unless I’m intentionally trying to change its behavior, its current behavior is correct. Therefore I can just approve this right away. And this creates a simple characterization test that locks part of the behavior. I can run this test, and it passes.

Now let’s turn on code coverage to see how much of the production code we touch with this one test. Run tests again. And we can see that there are some parts of this code that were touched, and quite a few that were not. And there’s this loop here where the coverage is questionable, because it did the innermost part just one time.

Combination Approvals with Just One

Now when I run this, I get very similar results. The only difference is that in addition to describing the output, it’s also going to describe the input. So you can see that for this input, it’s giving us this same output.

So far, that may not seem like a useful change. But! The input values are now all arrays, so we can add a bunch more! I’ll keep the same last name, one last name. But I’d like to test the ages of 3, 10, 14, and 19. I’d like to test it with one hour, a little more than an hour and a half, two and a half hours, four and a half hours, and a whopping nine-hour marathon. Married is false and true. Gender, we’ll add female, and there’s another option, so we should specify non-binary as well. And another Boolean, so let’s send both false and true.

And now it’s going to run all of these combinations, and with very little work, we’re going to get a lot more coverage. You can see that it’s now running 240 test cases!

Again, I don’t even have to look to see if it’s correct. I can just use the definition of legacy code to say, just preserve the current results. And now we have a nice test. Let me run this again. Test passes. And if we look at the test coverage, it looks like we may be covering every path. It took very little work to generate all of these situations and verify each result.

With very little work, we’re going to get a lot more coverage. You can see that it’s now running 240 test cases!

Now let’s make a simple mistake by adding an extra space. When we run tests, we’re going to get a failure, preventing us from unintentionally changing the behavior. And you saw how fast that was. This gives us a safety net we can use to refactor the code into something that’s easier to understand and maintain. Remember, “refactoring” means changing the design of the code without changing its behavior.

So to review: You have a section of code that we’re not sure about and don’t feel comfortable changing. You start by throwing in a single input to get a single output. Then by using combination approvals, you can throw in lots of inputs to produce lots of outputs, by simply defining variations for each parameter. This will make it safer to change that code, redesigning it to be easier to work with.

All Articles in this series

ApprovalTests for Powerful Assertions in Swift: How to Get Started

View More
ApprovalTests for Powerful Assertions in Swift: How to Get Started

How to Verify Objects (and Simplify TDD) using ApprovalTests.Swift

View More
Like Magic: How to Wrangle Legacy Code with Combination Approvals
Previous