Applying this naming to XCTest 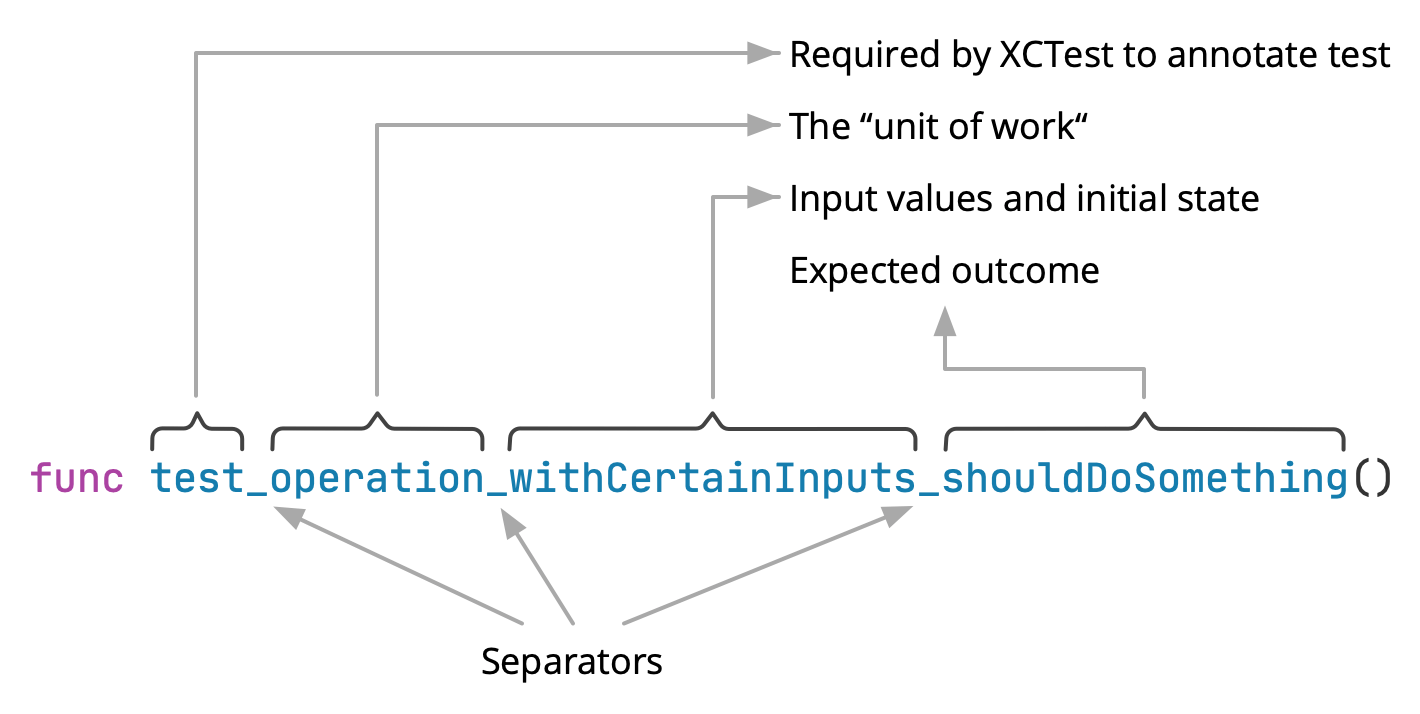 It may look odd to combine camel casing with underscores—a sort of “mutant snake camel case.” ?? Some folks can’t stand it! You may object that it goes against Swift naming conventions. “If it’s Swift, a function name must be camel case.” In production code, yes, because a function name should express one idea.

Should the test name include the method name?

Pick a unit test naming convention that works for you

How Remote Mob Programming Is Working for Me